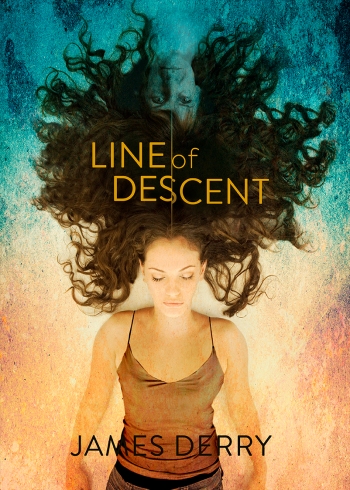 Voila! Finally ready to reveal the nearly-final cover design for LINE OF DESCENT, along with a blurb. Woo-hoo! If anyone’s interested in a free advance copy of the book in exchange for your honest feedback on the book, let me know. I’m giving away a limited number of free ebooks, once they’re ready! (Hopefully by February 1st.)  Here’s the blurb:

“Some women dread the idea of turning into their mothers. For heiress Elise Gardener, that dread has become all too real.

Elise has always been the spooky misfit of her wealthy family—and a disappointment to her overbearing mother. Elise’s problem is that she’s supernaturally sensitive. She’s an empath who can’t help seeing and feeling the intimate emotions—sometimes painful and shameful—of every person she meets. While her cousins are starting glamorous and lucrative careers, Elise is happy working as an unseen housekeeper at a camp for underprivileged children. But Elise’s cloistered life is shattered when her mother seemingly drowns herself.

Elise invites her tenuous best friend—Mallory, a girl she’s only known for two months—to the memorial at the Gardeners’ private isle on the Georgia coast. Together, they discover that Elise’s family have a sinister secret that they’ve been keeping for generations.

They are in the thrall of a dark spirit—a powerful, primordial ancestor who lives eternally by possessing the bodies of its descendants. Elise’s own mother was its last host…and the Gardeners’ inner circle have been raising Elise to be next.

As the entity invades her mind, Elise is haunted by the memories of its past victims (including a Khmer princess and a mesmerist in pre-Revolution Paris). Through these visions she may find salvation, but her chances are slim. In 8,000 years no heir has ever broken free of the Gardener’s Line of Descent.”

If you’re interested in one of a limited number of free copies, please contact me at jderrywriter at gmail.com.