The writing tip that ruined me: Strict definitions 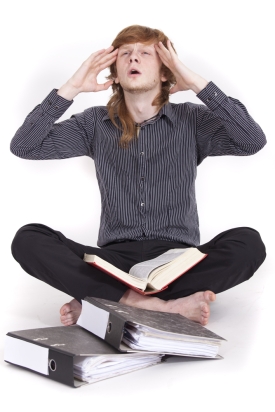 Mullet? Pinstripe shirt? Bare feet? Check. This will be the least downloaded stock photo ever.

Knowledge is power. But then again, ignorance is bliss. Hmm…

Colorful words are great. As a writer, I love to throw them out there willy-nilly. But what to do when some smarty-britches points out the strict definition of a word, and that definition is a little too strict for your purposes? Urgh. Over the last few years, I can think of two words that have been ruined for me. Now I’m going to pass that ruinous wisdom on to you… You’re welcome?

Max Brooks’ World War Z is a great book. I saw about 20 minutes of the Brad Pitt adaptation, and it seemed alright. But Brooks’ book is very different. It’s a bunch of snippets of narration that show how most of the planet’s most prominent nations handle a worldwide zombie outbreak. The cultural and historical ground that Brooks covers is way more interesting than the zombie action. Although some of the zombie scenes are pretty kick-ass as well.

But when Brooks speculates on how Russia would deal with a pandemic, he spends a few lines clarifying the true definition of ‘decimate.’ Decimate, as in ‘the Russian army decimated an entire town.’ Right? No, historically, ‘decimate’ means to kill one-in-ten. Doesn’t sound quite as apocalyptic does it?

So if you’re writing a sci-fi book about a super-contagious narcolepsy that wipes out more than 10% of a planet’s population (IDYLL, hopefully coming out soon), then you better do a find-and-replace if you use the word ‘decimate’ anywhere. Right?

The next word I can no longer use is ’nauseous.’ In the movie ‘Never Been Kissed’ Drew Barrymore plays a nerd who points out that ‘nauseous’ is an adjective that can refer to a gross scene or a gross smell but not a grossed-out person. So if you are describing a person in a state of nausea, you can’t use ‘nauseous.’ You should use ‘nauseated.’

OK, now run along and never use these two words again.

Oh, but wait! It seems that Merriam and Webster and Roget have already dumbed down the lexicon to match common usage. So feel free to decimate the English language until you’re nauseous. Woohoo! Ignorance wins again!