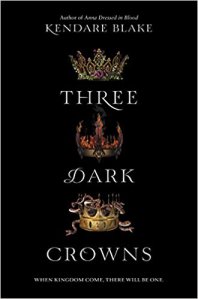 Three Dark Crowns has a killer premise. It’s Game of Thrones meets The Hunger Games. Every so often, a set of girl triplets is born on Fennbirn Island, and each sister becomes the champion, or ‘Queen,’ of one of three rival factions on the island. When the Queens turn sixteen, they have to fight it out—assassinate their sisters—to claim the throne. It’s like Battle Royale with real royals. Pretty cool, right?

Author Kendare Blake is working in popular territory here. Luckily, she spices up the mix with intriguing and relatable characters, and several good twists. For one thing, mystical powers are not a rare thing on Fennbirn. Each of the three factions specializes in a different type of supernatural gift. The Elementals can control fire, water, wind, and earth (to varying degrees). The Naturalists can tap into the life energy of plants—and control animal familiars. The Poisoners are immune and ingenious when it come to poisons (duh!). Another surprising twist on the expected tropes: Two of the Queens, Katharine (the Poisoner) and Arsinoe (the Naturalist), start the book with extremely weak, nearly non-existent powers. As the lethal contest approaches, they are big-time underdogs to their Elemental sister Mirabella. Another unexpected surprise: the non-underdog is probably the most noble, most compassionate character of the three.

The novel follows the mostly-isolated plot lines of all three sisters, and it’s fun to pick your favorite sister and watch her story develop. (I liked the Poisoner’s story the best.) At some points, I started to get confused about which supporting character belonged in which sister’s storyline. There are a few ‘best friend’ characters that start to blur together, and all three sisters are dominated by three different matriarchs with questionable intentions. But if you enjoy the intrigues and intricacies of Game of Thrones, then you’ll probably enjoy the challenge of keeping everything straight. The book is written with a Young Adult vibe, so it honestly never gets too complicated.

Despite the homocidal premise, the story never gets too violent, although it gets a little gory in spots. (One of the sisters resorts to ‘low,’ blood magic to attempt to gain an advantage in the upcoming fight.) As I mentioned, there are a few good twists. And although the ending felt a little loosey-goosey to me, it also included two real jaw-dropping surprises that had me clamoring to check out the sequel. Lucky for me, I’m a few years behind on discovering this series, and the sequel, One Dark Throne, is already out! 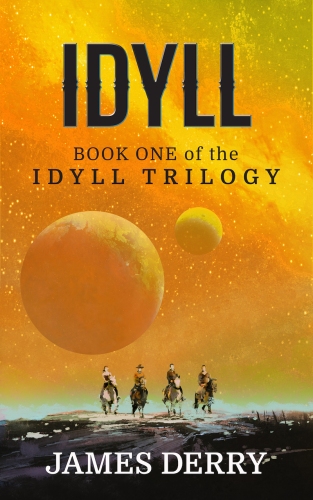 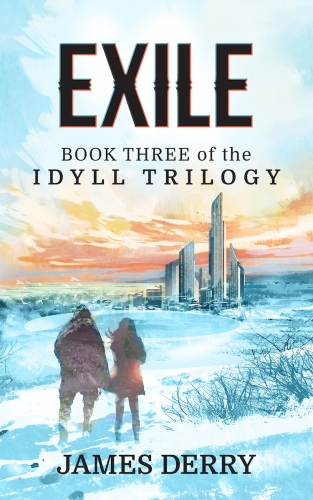 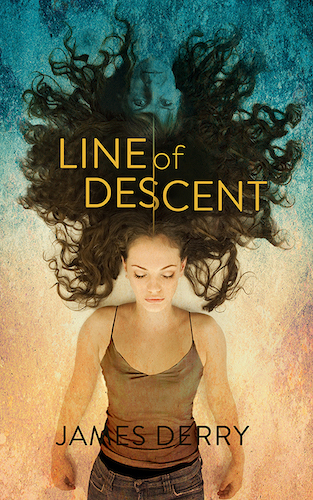